This class is an upper-level class so you have already earned your stripes by being in several series of an alignment style (like Iyengar ) yoga at Level 1. This class builds on that beginner’s level, refines it with more advanced poses and introduces you to a theme type of practice. A theme could be a class focusing on backbends or forward bends, etc. In addition, you will be working on an inversion practice as your knowledge and experience as a beginner has taught you what not to do as compared to what you can do.

This class is taught in an 8-week series but drop-ins @ $15/class will be allowed with permission from the teacher. 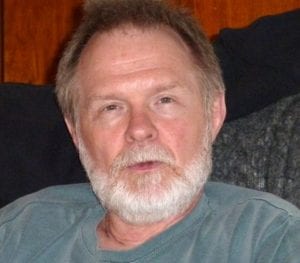 Ron Felix opened Knoxville’s first commercial yoga studio, the Knoxville Yoga Center in 1991. Initially, Ron taught Bikram’s (hot yoga) which he learned while living in Key West, Florida. In 1992 Ron was introduced to the Iyengar method of yoga which is known for its attention paid to precision and alignment. After 25 years of studying and teaching the Iyengar method, participating in over 50 workshops and/or teachers’ training, Ron’s classes are a reflection of the love and appreciation he has for the myriad of effects yoga can have on the total “self”.

Ron is registered as an RYT and an E-RYT with Yoga Alliance at the 500-hour level and has thousands of hours of teaching experience having regularly taught 15-16 classes a week.